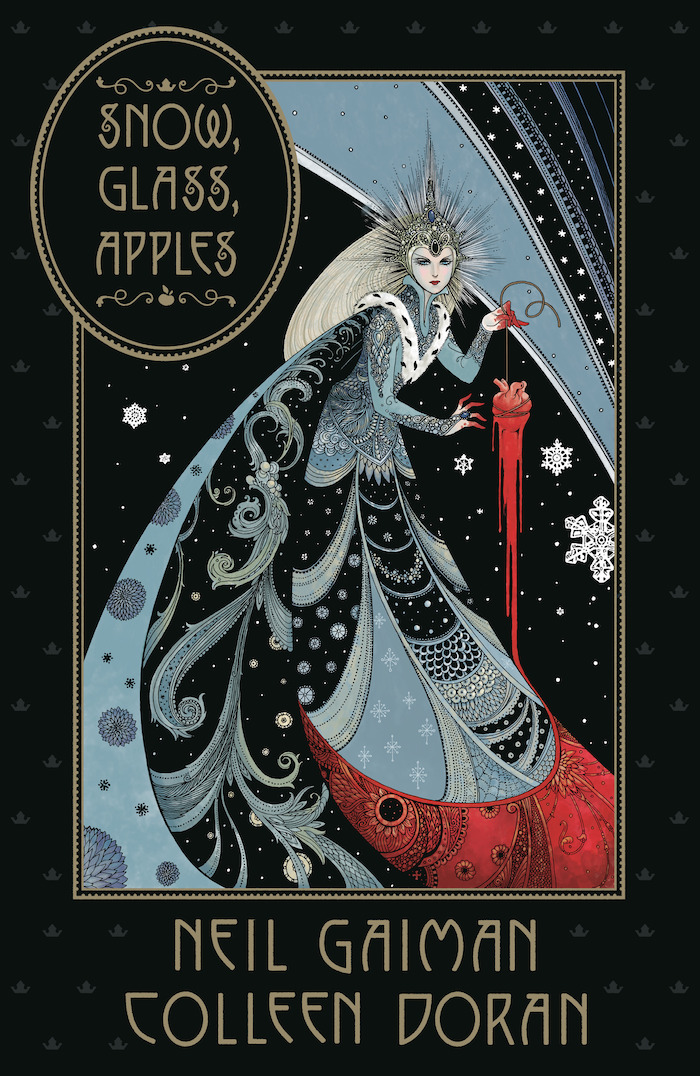 Terrified of her monstrous stepdaughter and determined to repel the creature and save her kingdom, a not-so-evil queen desperately tries to stop a happily ever after that was never supposed to be. Stopping ever after, however, is no small task...

Snow, Glass, Apples goes on sale August 7, 2019, and is available for pre-order your local comic shop.