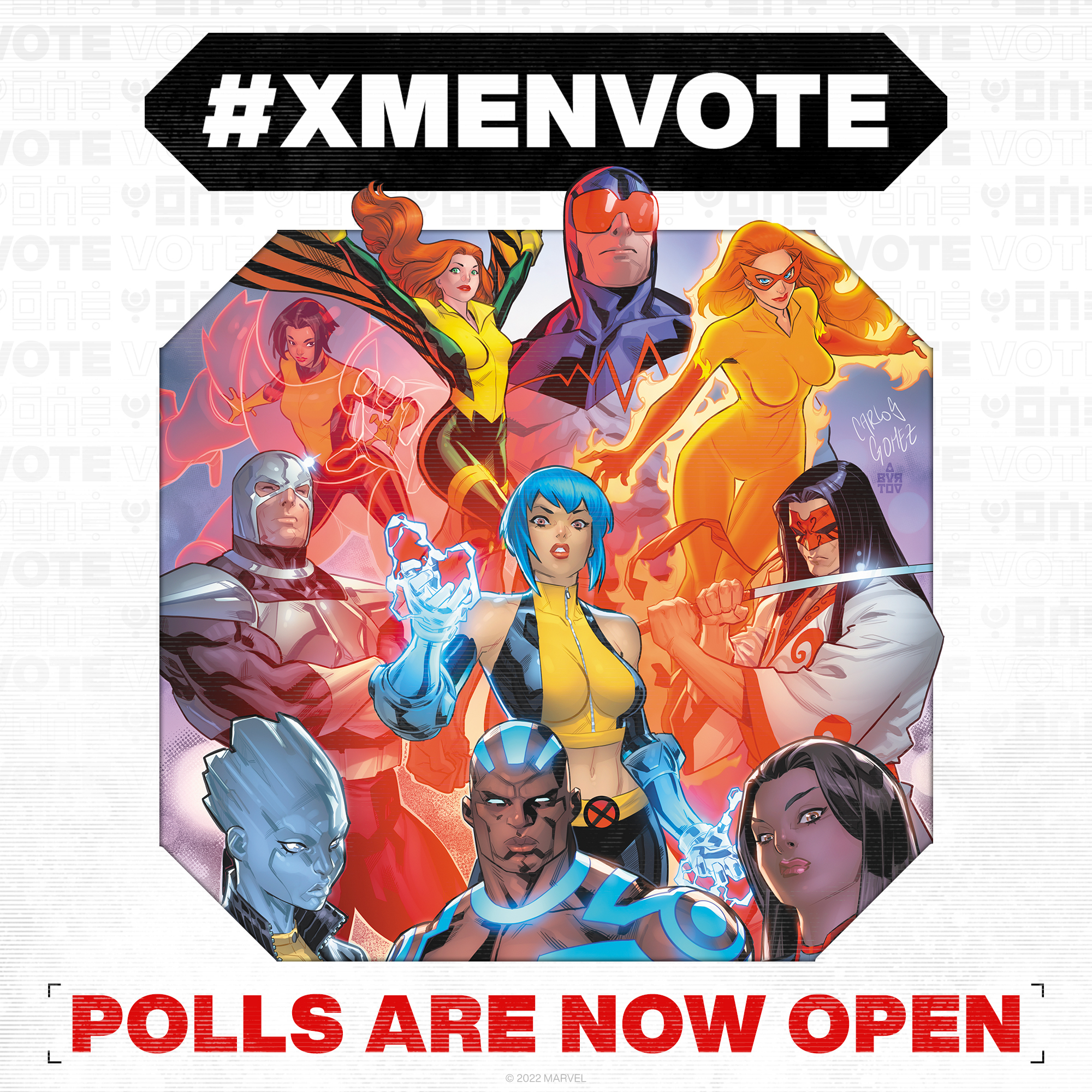 Marvel is looking to the fans to help select the newest X-Men team once again! Following the success of last year’s X-Men election, the second annual event to choose the newest protectors of Krakoa will run from January 10 at 9:00amEST until 11:59pmEST on Thursday, January 13. Participants can vote at marvel.com/xmenvote.

In 2021, True Believers everywhere voted in the first-ever X-Men election. They shaped X-Men history by choosing Polaris to star in Gerry Duggan and Pepe Larraz’s X-MEN. Throughout the election, fans campaigned for their favorite candidates resulting in “X-MEN VOTE” trending worldwide on Twitter and ultimately changed the future of all mutantkind!

Several nominations have been accepted to determine the final member of one of the most iconic teams in the Marvel Universe. Now, the last member of this new X-Men team is in YOUR hands! Each person can only cast one vote, so read about each nominee below and make your decision carefully! 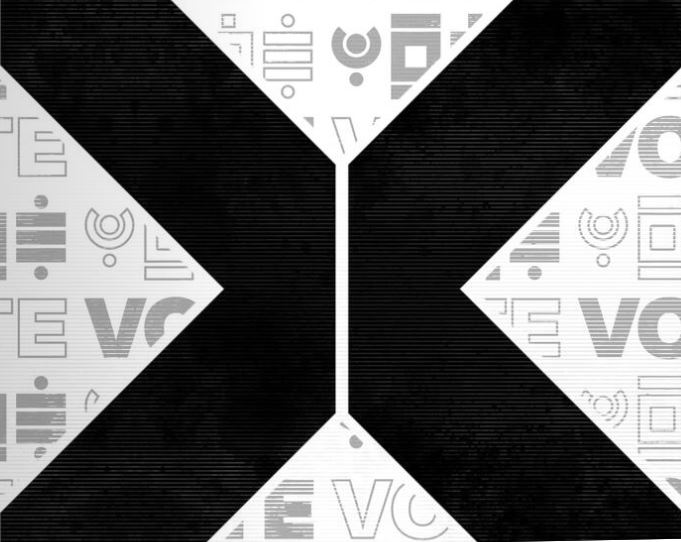 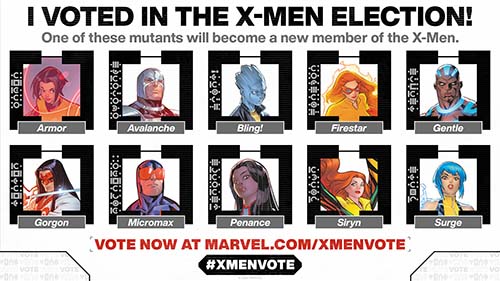 Election results, along with the full X-Men team, will be unveiled during the Hellfire Gala in Marvel comics this June. The results will be completely determined by your votes, so share your vote and campaign for your favorite X-Men using #XMenVote and stay tuned to Marvel.com and Marvel’s social channels for regular updates on the Krakoan polls.

Voting will be open from 9:00am EST, January 10, 2022, to 11:59pm EST, January 13, 2022. Results from Marvel’s X-Men election, along with the full X-Men team, will be unveiled during the Hellfire Gala in Marvel comics this June. Don’t miss this next epic chapter for the X-Men this summer! 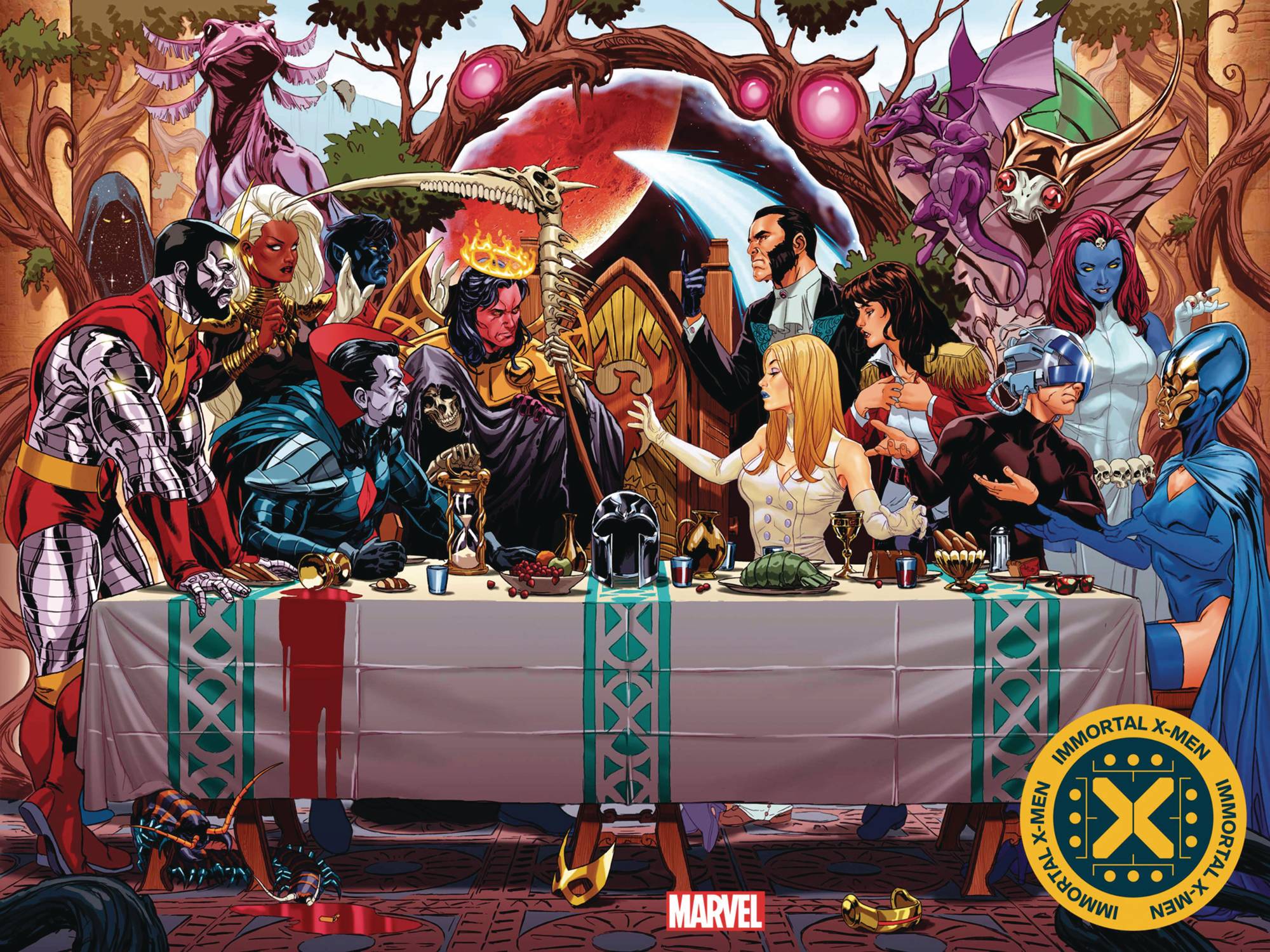 JAN220809
(W) Kieron Gillen (A) Lucas Werneck (CA) Mark Brooks
IN THE QUIET COUNCIL, NO ONE CAN HEAR YOU SCREAM!

The Quiet Council rules the Krakoan age, for better... or worse. Now, shaken by INFERNO and X LIVES / X DEATHS OF WOLVERINE they strive to hold together, no matter how much they want to tear each other apart. Writer Kieron Gillen (UNCANNY X-MEN, ETERNALS, The Wicked + The Divine, Die) returns to the world of X with artist Lucas Werneck (TRIAL OF MAGNETO) to bring us all into the room where it happens. "It" being "the most powerful people on Earth deciding the fate of the whole planet." Prepare for sinister secrets to be revealed and learn that some secrets are more sinister than others... 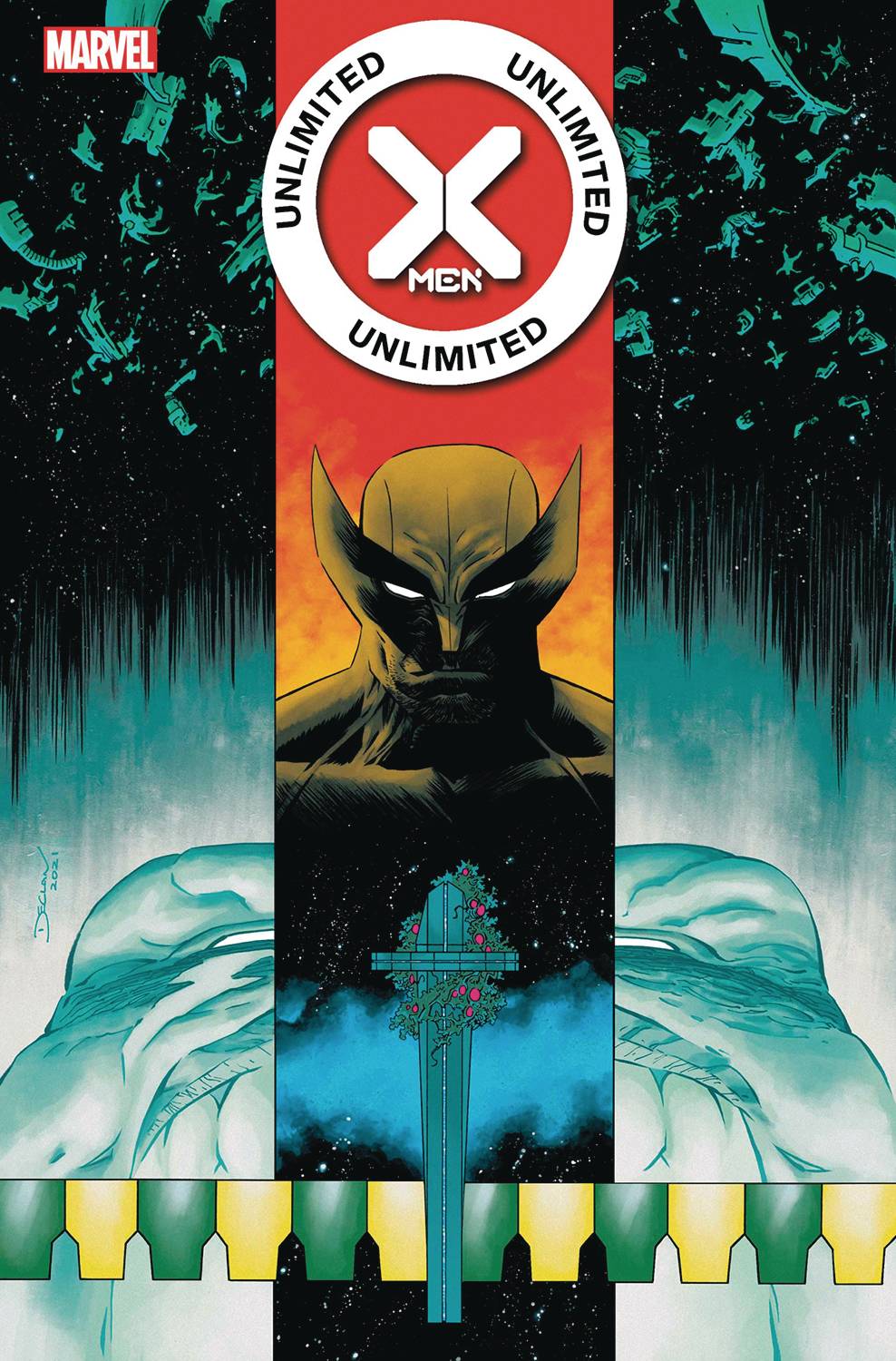 When A.I.M. manages a covert infiltration of the S.W.O.R.D. station and kidnaps three mutants, it's up to Wolverine to take one giant leap for man and get them back. From the vacuum of space to the dripping guts of an evil supercomputer, Logan will stop at nothing to save his friends. Collecting the first four chapters of the hit MARVEL INFINITY COMIC by Head of X Jonathan Hickman and superstar artist Declan Shalvey for the first time in print! 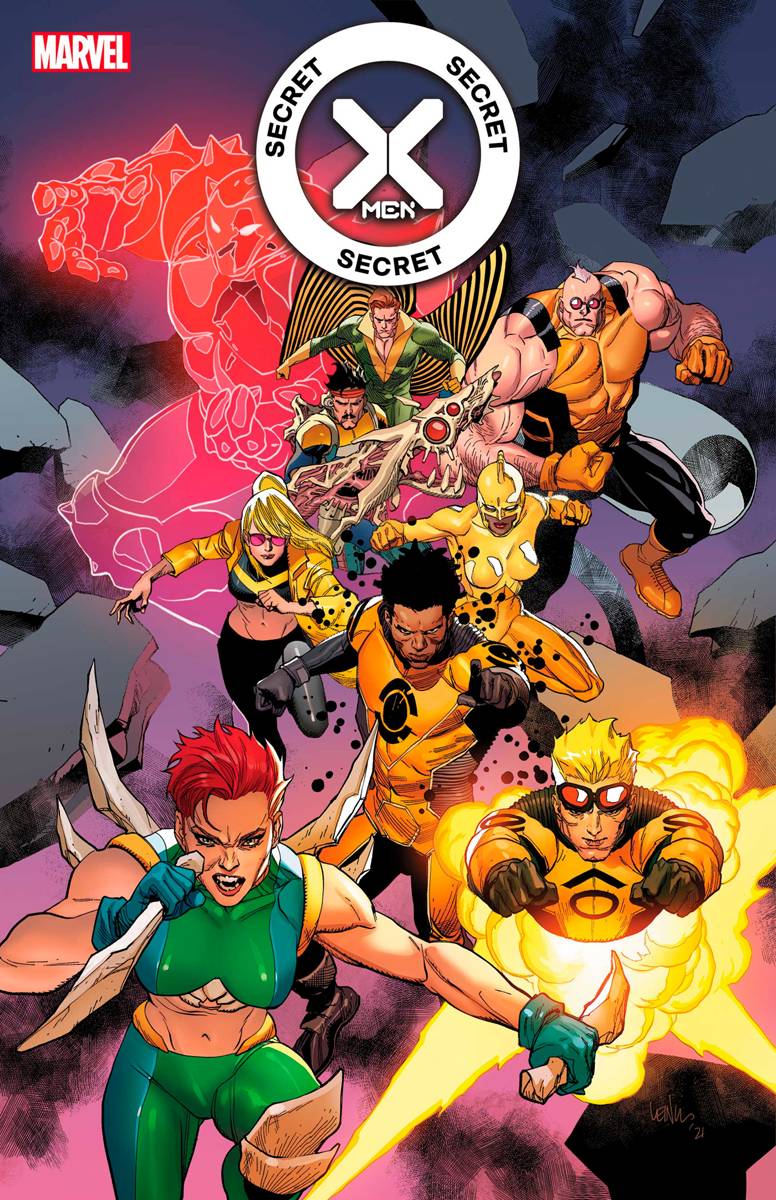 DEC210970
(W) Tini Howard (A) Francesco Mobili (CA) Leinil Francis Yu
SSHHH - IT'S THE X-MEN!
When the Shi'ar Empire faces an unexpected threat, they must call upon the X-Men. Team co-captains Sunspot and Cannonball must lead Marrow, Tempo, Forge, Banshee, Strong Guy, Armor, and Boom-Boom on a secret mission to save Empress Xandra.
Wait, those aren't the X-Men. Aren't those the mutants who lost the election?
Rated T+
In Shops: Feb 09, 2022
SRP: $4.99
PREVIEWS Page #33 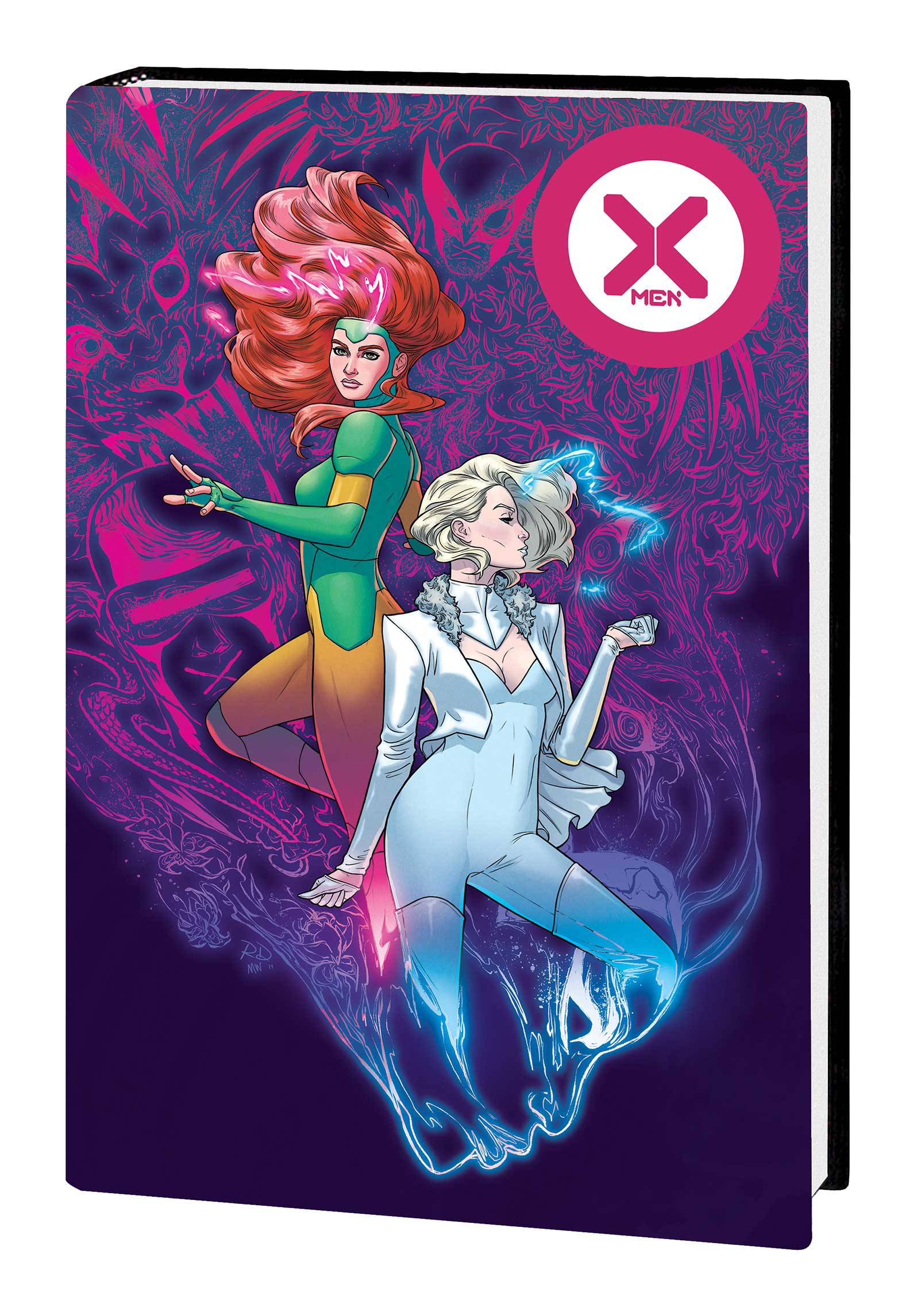 JUN210759
(W) Jonathan Hickman, More (A) Leinil Francis Yu, More (CA) Russell Dauterman
Jonathan Hickman ushered in a new era for all of mutantkind with HOUSE OF X and POWERS OF X! Now, he and an array of superstar artists redefine the X-MEN! With the newly founded island nation of Krakoa opening up limitless possibilities and empowering mutantkind at last, humans grapple uncomfortably with the new world order - and the X-Men must defend what they have built! As the X-Men create a new mutant culture and face threats like Hordeculture, Nimrod and the Vault, cosmic chaos descends in the form of the Brood, Starjammers and Shi'ar Imperial Guard! And can Storm beat a deadly threat from within before the clock runs out? Jonathan Hickman brings the X-Men to the world stage! Collecting X-MEN (2019) #1-11 and #16-21; GIANT-SIZE X-MEN: JEAN GREY AND EMMA FROST, NIGHTCRAWLER, MAGNETO, FANTOMEX and STORM and material from INCOMING! #1.
Rated T+
In Shops: Mar 30, 2022
SRP: $75.00
PREVIEWS Page #85
X-MEN TRIAL OF MAGNETO TP
MARVEL COMICS NOV210996
(W) Leah Williams (A) Lucas Werneck, David Messina (CA) Valerio Schiti
The Scarlet Witch is dead! Magneto, the master of magnetism - one of the founders of the mutant nation of Krakoa, a former villain who has never stopped fighting for mutantkind - has been accused of a horrific murder! And the trial will threaten the Reign of X and upend the world that Magneto has worked so hard to build for his fellow mutants. Wanda Maximoff, branded one of mutantkind's deadliest enemies, has been killed on Krakoan soil! And as Earth's heroes gather for a memorial, Magneto pushes Krakoan law and the Quiet Council to the brink. But something is wrong. Something very small. The truth is deeply hidden, but it won't stay buried for long. Who lurks in the shadows, and what do they know? Justice will be served, the guilty will be judged and the victims will be avenged! Collecting X-MEN: THE TRIAL OF MAGNETO #1-5. 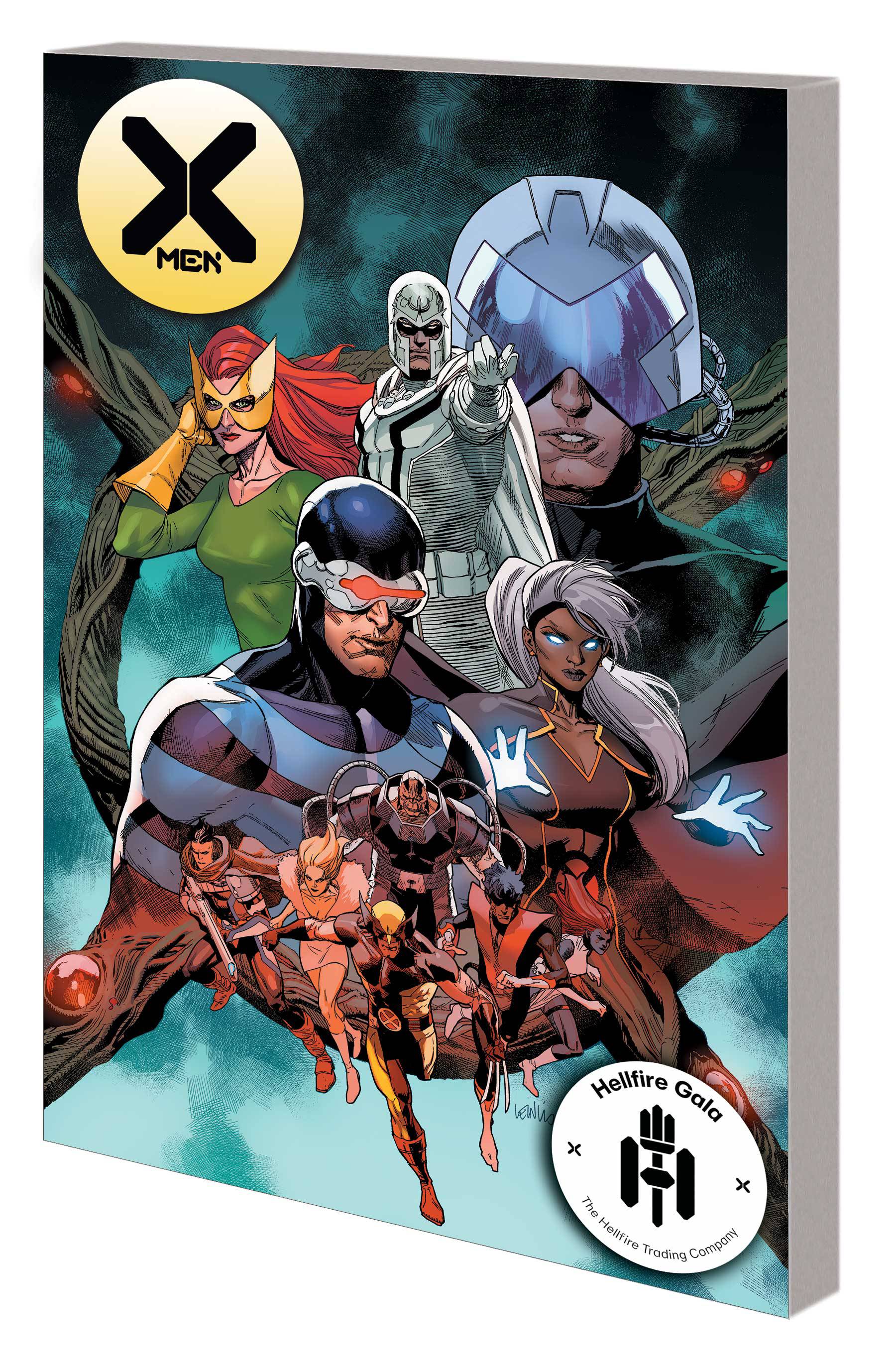 JUN210779
(W) Jonathan Hickman, More (A) Matteo Lolli, More (CA) Leinil Francis Yu
Don your finest dress or sharpest suit - or get Jumbo Carnation to whip you up something new just for the occasion! You are cordially invited to the hottest mutant event of the season: the Hellfire Gala! Everyone who's anyone in the hot new world of mutantkind will be there. All of your favorite heroes and their closest allies - and even their worst enemies - for a special night of dinner, drinks, diplomacy and deceit! The very first democratically elected team of Krakoan X-Men will at last be revealed to the world, and that's just the first of the surprises mutantkind has in store for the evening! Whatever you do, don't miss this one-of-a-kind X-event! Collecting MARAUDERS #21, X-MEN (2019) #21, PLANET-SIZE X-MEN #1 and S.W.O.R.D. (2020) #6 & material from Classic X-Men #7.
Rated T+
In Shops: Jan 26, 2022
SRP: $17.99
PREVIEWS Page #96 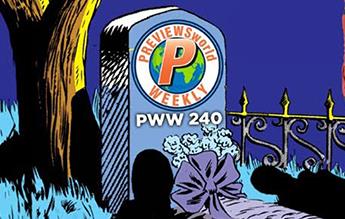 This week we celebrate 200 episodes with giveaways, Unpopular Opinions, this week's comic picks, and more!